A SINGLE Euromillions winner will scoop £113m tomorrow making them even wealthier than Take That legend Gary Barlow.

The singer, 51, has enjoyed decades at the top of the charts with his boyband and solo career hits.

But this year, the Sunday Times Rich List, placed Gary 39th on the UK ‘Music Millionaires’ roll call with his fortune of £90million.

The source of most of Gary’s wealth is music but he has s since branched out, starting his own brand of £8 red wine.

But solo winner of tomorrow’s draw will be uncorking something a little pricier than Gary’s supermarket plonk.

The jackpot was last won on 23 September. 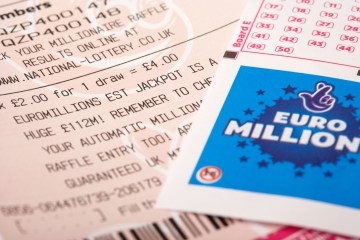 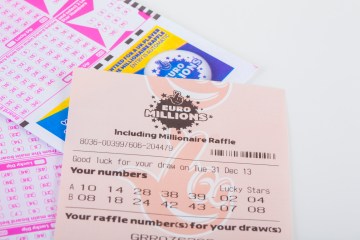 And the winner could then be soon kicking back in the WAGs’ and Insta influencers’ paradise of Dubai with their own private island.

The glitzy desert getaway is beloved by footballers and their lovers, social media movers and shakers, telly and music stars and wannabes who pack its top hotels, restaurants and beaches.

And for a whopping £21m a winner could snap up a seven-bedroom beachfront complex.

And they’d still have more than £170m leftover.

Would-be buyers are told: “The Heart of Europe Sweden Island, a Beachfront palace, with own private white sandy beach and exotic lush gardens, with ultimate privacy and relaxation in palatial settings.

“The ambience is refined and exclusive to the residents. Each estate is a fairytale Maldivian castle offering enchanting sea views.

“The Island and the mansion influenced by the Swedish architecture and lifestyle.

“The palaces offer six floors enveloped in a private, secluded exotic garden with the surrounding unspoiled beach, seven bedrooms. a sauna and a snow room and grand reception room with a striking wall of windows on the top of the floor offering mesmerising views of the seascape and the islands.”

The homes also come with a pool and a boat dock.

The EuroMillions is drawn on Tuesdays and Fridays.