ONE of the most common purchases EuroMillions winners are likely to splash their winnings on has been revealed – and it’s not some flash supercar.

More than a third, 37 per cent, of big winners of the National Lottery have forked out for the ultimate garden gadget – a ride-on mower, according to a Camelot survey.

The news comes as the EuroMillions jackpot for Friday’s draw stands at an eye-watering £191million – it’s biggest ever.

The research also showed that one in five, 17 per cent, enjoyed mowing their lawn more than driving their car, saying that cruise control, a good clean cut and a beer holder are the must-have mower features they looked for in their pimped-up ride.

Among those who have splashed the cash on a fancy mower are Wayne and Desiree Home whose luck changed for the better in 2015 when the Kent couple scooped £1m on the EuroMillions UK Millionaire Maker. 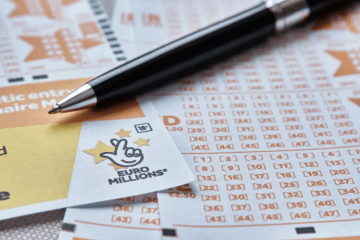 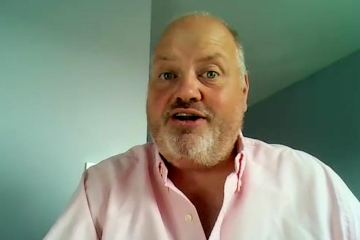 While the ride-on mower didn’t rank as high on their wish-list as a soft-close toilet seat, which was their first purchase after winning, the ritual of mowing the lawn with the nifty tool has bought Wayne nothing but hours of pleasure.

Wayne said: “I have to be honest, before the win a ride-on mower wasn’t on my wish list, top of the list at the time was a motorbike but when I sit back and survey my perfect lawn, it does bring me almost as much joy as a motorbike might have.

“After the win we moved house and while our home was only slightly bigger our garden was supersized, so much so the house came with its own ride-on mower to manage the ¾ acre of lawn.

“The original model was quickly traded in for a ride-on that had every single gadget and gizmo but was more tractor than ride-on mower so I’ve recently downgraded to a more sedate and manageable model.

“Mowing the lawn is now something of a ritual for me, a ritual which takes place for two hours, alternate weekends, for seven months of the year.

“I start out with the top section, making sure I get right into the corners before stopping for a drink or spot of lunch, then I move onto the larger bottom section.

“While I may imply to Desiree, my wife of 42 years, that mowing the lawn is a chore, secretly I enjoy the peace and tranquillity of those two hours on my ride-on mower, and the sense of satisfaction at the end when I can think ‘I did that’.”

For Susan Herdman from North Yorkshire, who won £1.2m on Lotto in 2010, the ride-on mower has become something of an obsession that only she is allowed to use. It isn’t quite as fast as her other passion though – motorsports.

Susan said: “A year after the win I relocated to Yorkshire to be with my partner on a farm with 150 acres, so a normal lawn mower wasn’t going to cut it – not all of that gets mowed of course as it takes hours to mow everywhere that needs it.

I don’t let anyone else cut the grass

“I didn’t fancy a sit-down mower initially as I always thought it wouldn’t be fast enough for me but now I don’t let anyone else cut the grass as they tend to go around in circles rather than cutting in straight lines.”

Graham and Amanda Nield, from Wakefield, scooped a £6.6m Lotto jackpot in August 2013 and needed to upgrade from a standard mower after building their dream home, complete with a paddock just under an acre.

Graham said: “We never had a garden that was large enough for a ride-on mower so it never really entered our heads to get one. We had our home built following our win and then bought a paddock which is just under an acre, but I have to confess we have never actually measured it – it is plenty big enough for us.

“It takes around two hours to mow and I cut it every week in the height of the season – I never let anyone else cut it.”

Matt Myles,  from Herefordshire, was 27 when he won £1m on EuroMillions UK Millionaire Maker in 2014.

An electrical engineer at the time of his win, Matt always had a ride-on mower at the top of his winner wish-list.

Matt said: “I have always wanted a ride-on mower, you know you have made it when you have a ride-on. Life goal, ticked. When we bought our new home it didn’t have lots of land, so we bought the field behind it.

Matt, who now has a successful car business, loves his mower so much that he even prefers it to driving his limited-edition Audi.

He said: “I love cars, which is why it’s now my business, but I can honestly say that I enjoy mowing more than driving.

“It’s very therapeutic, you don’t have to concentrate too hard – other than on getting nice clean lines… it’s all about the lines. It takes me 45 minutes and I mow it every week in spring and every three days in the summer. I use my garden to play golf, so I have to keep it nice and trim.”

MASSIVE EUROMILLIONS JACKPOT UP FOR GRABS

“A winner of this mega £191m jackpot could buy any gadget they could think of, for as many loved ones as they wanted – imagine that!? I have my fingers crossed for all UK players and my team and I look forward to supporting the next big UK winner as they start their life-changing journey. Make sure you grab your ticket early.”

If one UK winner bags the entire EuroMillions jackpot, they would immediately become the UK’s biggest-ever winner, knocking recent £184M winners Joe and Jess Thwaite off the top spot after they scooped the record-breaking jackpot only two months ago.

A single winner would not only become The National Lottery’s biggest winner of all time but also the 15th winner of over £100m in the UK.

It would be the fourth EuroMillions jackpot won in this country in 2022 after one winner scooped £109m in February, a lucky player banked £54m earlier this month and the Thwaite’s in May.

It would also mean that the UK would become the luckiest EuroMillions nation.

Anyone wanting to be in with a chance of scooping the enormous prize has to purchase their ticket before 7.30pm tomorrow.

The EuroMillions pot has now hit its cap meaning that any money that would have gone into the winnings will now boost prizes in the next winning tier and could see many multi-millionaires created.