Ahmed Musa who is the captain of the Super Eagles of Nigeria has completed and opened an ultra-modern international school in Jos, Plateau State and named it after his parents.

The former Premier League star is one of the most successful Nigerian players going by how football has changed his life financially and the properties the forward has.

Apart from being a rich player, Musa is also a philanthropist who has many times helped many Nigerians most especially former internationals who are financially down. 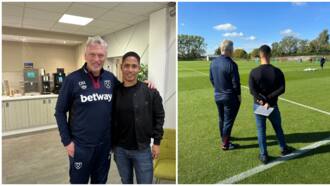 The 30-year-old big footballer took to his official Twitter page to share awesome photos of the new citadel he built naming it M&S international school.

The M stands for the name of his father Musa, while the S is for his later mother, Sarch according to the information the Nigeria international provided.

See the photos of Ahmed Musa’s new school below

Where is Ahmed Musa currently playing his football?

Ahmed Musa is currently playing for Sivasspor in the Turkish league and the Nigerian is just recovering from an injury after featuring in just one game for the club.

Musa is also expected to be among the Super Eagles players who will face Costa Rica and Portugal in their coming international friendly games. 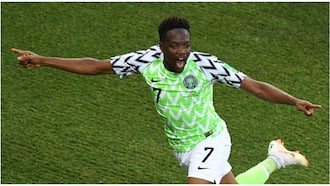 Earlier, Sports Brief had reported how Super Eagles captain Ahmed Musa celebrated his 30th birthday as he shared a sensational and inspiring message on social media.

The pacey forward, who is Nigeria’s record scorer at the FIFA World Cup with four goals, is also the country’s most-capped player with 107 matches.

Musa was born in Jos, the capital of Plateau State, on October 14, I992, and he started his career with local club JUTH FC in 2008.

One year later, he went on loan to NPFL club Kano Pillars and spent two seasons there before being snapped up by Dutch club VVV-Venlo.